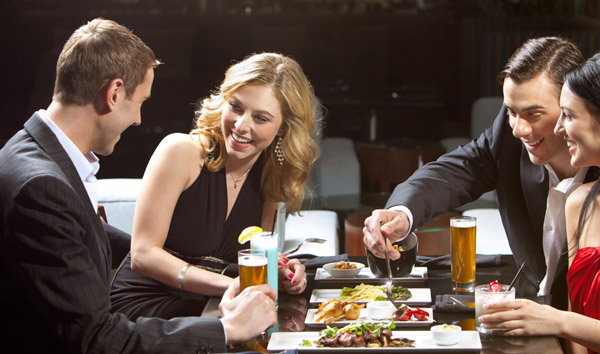 Would you bet money even if you knew you could never win it back?   Who would be that dumb right?   We do these types of things all the time and don't realize it, because unknowingly, we are sometimes the mindless undead

Would you bet money even if you knew you could never win it back? (1 of 3)

Would you knowingly eat a turd sandwich? (2 of 3)

Would you drive off a highway in the middle of a massive desert without directions or even a full tank of gas? (3 of 3)

Who would be that dumb right?

We do these types of things all the time and don’t realize it, because unknowingly, we are sometimes the mindless undead

They are all around us, wearing nice clothes, cooking our meals, laying down next to us every night, looking back at us in the mirror–there is no escaping them

Who am I talking about?

The lifeless, unthinking zombies who are controlled by emotional baggage, making choices based on irrational, unexplainable inclinations that always attract a shovel or shotgun blast to the chest by some non-zombie who always seems to be one step ahead of the game

Most importantly, remember that zombies never win, they just make more zombies and kill a few people before being blown up themselves

Gambling With No Reward

Okay, so what kind of zombie would gamble with no hope of return?

They Are So Amazing, I Think I Am In Love

Rob is “the new guy” from another department and all the ladies are abuzz about him. Katie is pretty indifferent for the most part, and stays out of the conversations as she continues on with her work. One day, while out for drinks with her team, she finds herself sitting next to “the new guy” himself

Over a few drinks, they have some pleasant exchanges, and because neither one of them is awful to look at, they start to vibe on each other

It doesn’t go any farther than leaning in close and looking at each other for a few seconds longer than normal, but there is definitely something going on

Afterward, every time they see each other in the hallway they talk and make every opportunity to say hi

At one point they start exchanging emails and their productivity goes into the basement amidst the flurries of jokes, philosophical talks, and deep meaningful conversations that segue into their lunch dates

A week later, on their second or third drink night with the team, Rob works up the courage to ask Katie out, and they agree to leave the group to go enjoy the rest of the night by themselves

A nice dinner and a bottle of wine later, they decide to go back to Rob’s apartment and watch a movie

Well, you know what happens next

Afterward, Katie has to leave because she has early calls in the morning, Rob sees her out and that is that

Turn Down The Stereotypical Aftermath, The Neighbors Are Complaining

On the way home, Katie immediately calls her friends and gushes about how amazing Rob is because he is sweet, charming, and a great kisser. She feels like she could talk with him forever because he just “gets” her. After hours of excited girl talk, Katie falls asleep with the scent of Rob’s cologne hanging faintly in her mind, blissfully thinking that Rob could be “the one”

Even though she thought the man she slept with last week was “the one”, just like “the one” before that, and so on…

Meanwhile, after his shower, Rob calls home and fawns over his girlfriend, tells her about the nice night he had out with his new co-workers, does some last minute emails then goes to bed. Falling asleep with thoughts of Katie in his head, Rob thinks he is falling in love, and keeps replaying their passionate night over and over in his mind

Rob left Sara, his girlfriend of one year, back in their hometown when he moved out to the city for his new job

Rob and Sara met in college, and things started out hot and heavy. Since then, they have been on again off again for a year, and fight about little things all the time. Rob is very unhappy in the relationship, but he doesn’t want to leave Sara because, despite her being totally annoying at times, she isn’t completely stupid, is very attractive, and is also amazing in bed

However, when Rob met Katie, he thought she was amazing, and was instantly infatuated by her charm, sweet sounding voice, sense of humor, and gorgeous body

Without ever having given it much thought, Rob was not happy with Sara, but he didn’t want to break up with her badly enough to go through another awful separation and then be alone afterward. Besides, he enjoyed getting her emails and talking on the phone, and the distance was just enough space to keep them from fighting, so it was tolerable

In looking at both Katie and Rob’s lives, it is hard to argue that they aren’t complete disasters

Home On The Range

Growing up, Rob’s family was filled with brokenness as his mother and father fought all the time, especially after they had been drinking. Rob moved out as soon as he could and never looked back. Rob tries to avoid talking with his parents as much as possible, and rarely calls. Rob usually dates women who are “a little bit crazy”, but they are always beautiful, like to party, and are flamboyant in bed

Katie’s mother was a kind hearted Christian woman, who married a man that wasn’t all that he seemed as he enjoyed sports and other women more than he cared for his family. He always came home late or was away on business trips, but when he was home, the three of them always had a lot of fun together. Katie’s parents stayed together until she finished high school, then divorced and went their separate ways. Katie is still very close with her mother, and tries to see her dad as often as she can

Unknowingly, both Katie and Rob carry so much baggage from their childhoods that they don’t know who they really are or what they want, either from themselves or their partners

Katie and Rob aren’t wandering around looking for brains to eat, they are stumbling around blindly looking for validation and a sense of security

Because their lives are so heavily driven by their emotional unhealth, they are unaware of their true personalities and identities, just like a zombie has no recollection of who they were before they became brain obsessed, foot shufflers of the night

There is no winning in situations where someone’s emotional unhealth guides their decisions, especially in relationships

Sure, there is an outside chance of winning big, but in observing the billion dollar hotels that line the strip, it is probably safe to say that people leave a few dollars on the tables

Statistically, the average gambler loses way more more than they win, mainly because they don’t know how to intelligently gamble or they have a bad streak even if they know how to play

In the world of dating, people have the same tendency to roll the dice and lose big because they don’t fully understand the rules of the game or know when to walk away from the table and cut their losses

“If I start being nicer things will work out and we will start loving each other again, I just know it”

Just like the gambler who doesn’t want to leave a table despite losing way more money than they should, people reach deep into their emotional pockets and empty themselves in relationships that leave them broke, and much worse off than before

I mean seriously, think about all the people who break up with that “awful” partner, only to cry and be upset for days/weeks/months afterward

Shouldn’t they be celebrating?

Conclusion: Check The Backseat Before Making Your Getaway

Just like checking to make sure there are no zombies in the backseat of your car before trying to make a getaway, get to know someone before you get into a serious relationship, and make extra sure you know them well before hopping into bed as sex can cloud pretty much everything

Shocking I know, but I am not advocating abstinence as a black and white rule even though I have seen tremendous benefit in my own life, what I am advocating is at least waiting a few weeks or months longer than you would have normally, just to make sure you aren’t going to start craving brains in the morning

“Where there is a dead body, there the vultures will gather”

Relationships: What direction are you running in?
Medical marijuana facing a backlash: 7-11 stock prices plummet