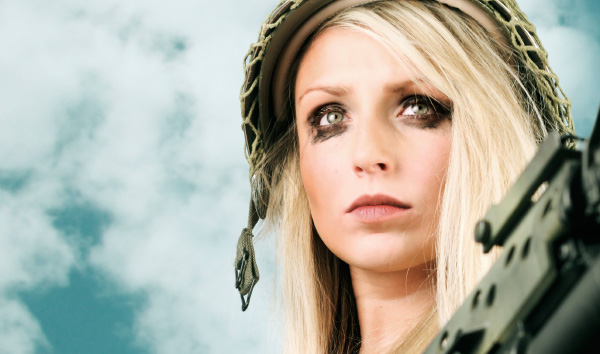 In every way imaginable, there are more ways to fail in life than succeed   Whether it be physical fitness, emotional health, financial stability, it doesn't matter--failure is always easier than success, and there are usually more people around us that can help us go wrong than right   But between our enemies and friends, are you sure you know who is really on your side?

In every way imaginable, there are more ways to fail in life than succeed

Whether it be physical fitness, emotional health, financial stability, it doesn’t matter–failure is always easier than success, and there are usually more people around us that can help us go wrong than right

But between our enemies and friends, are you sure you know who is really on your side?

Our Friends: Our Enemies

Without any degree of malice or spite involved, our closest friends can sometimes influence us in ways that keep us from maturing, growing or even thinking

What do I mean?

Our Closest Friends Sometimes Allow Us To Stagnate

As humans, one of our most natural tendencies is to associate with, and befriend, those who are most like us

Whether it be intellectual, recreational, spiritual or ethnic similarities, we often find ourselves hanging around with people who are very similar to us in some way or another

However, as natural and common as this is, these types of friendships can cause us to be lazy because they do not put us in situations where our ideas or life styles are challenged or questioned–we are simply drifting downstream with people who think, act, and talk like us

Even though these friendships are commonplace, these stagnating, boring relationships can hinder our growth, and ultimately cause us to stop making forward progress altogether–this is the worst place to be as a human being

The Simplest Rule Of Nature: Laziness And Weakness = Death

At the heart of nature, lazy, weak animals have no chance of survival

But as humans, our comfort riddled life styles do nothing to encourage us to aggressively seek out personal betterment as we can order any food we want, watch any sort of entertainment we can think of on tv or the internet, and there is no need for physical exertion as food is generally not running ahead of us at thirty miles per hour, it is mostly sitting on a shelf in a supermarket waiting for us to throw it in our shopping cart

Because of this, our life styles are very far removed from the harsh, impersonal laws of nature, and it seems like humanity has forgotten what it was like to live in an environment where it has to really work for its existence

I mean, imagine if we had to live our lives as if animals were constantly chasing us, and if we stopped they would feast on our innards, yikes!

We have no idea what it would be like to live this way, but sadly, this level of separation from conflict makes us sheltered and weak, in ways that are dangerous for both our personal development and salvation

Our Worst Enemies Can Be Our Best Teachers

No matter what, it is important to recognize that who we spend time with has an impact on our character and personality, regardless of any assertions that people are just our friends but that their negative behavior or lifestyles don’t affect us in any way

Do not be misled: Bad company corrupts good character

But, the funny thing is, as much as the people we consider enemies drive us crazy, they sometimes help us become better in ways that hanging around with our like-minded friends never could

Think of it this way, when we have to fight against someone for anything, we typically have to think harder, be tougher, and generally push ourselves farther than we do in our everyday lives, simply because there is no inherent need to

I mean, you typically don’t have your personal boundaries, intellect, philosophical or theological views challenged while sitting in front of the tv watching iCarly reruns at 2am

It is these times of conflict that reveal our true character, and give us the opportunity to grow, either through success or failure in dealing with tough situations

As iron sharpens iron, so one man sharpens another

True Growth Comes With Humility: Learning From Our Enemies Can Be Hard

Despite the value of healthy conflict, sometimes we get so caught up in our emotional responses when people do things that hurt our feelings, or make us upset that we miss whatever lesson we can learn from them

For example, I used to get really mad when people did things that hurt me, but I read a passage a long time ago that changed how I feel about negative situations and people

But who are you, O man, to talk back to God? “Shall what is formed say to him who formed it, ‘Why did you make me like this?’” Does not the potter have the right to make out of the same lump of clay some pottery for noble purposes and some for common use?

What if God, choosing to show his wrath and make his power known, bore with great patience the objects of his wrath—prepared for destruction? What if he did this to make the riches of his glory known to the objects of his mercy, whom he prepared in advance for glory

After a lifetime of being hurt and angry when people did bad things to me personally, this scripture made me realize that God goes out of his way to use the sinful actions of others to teach and show us great things that, if experienced with the proper perspective, can lead us to become wiser, stronger, and see above both small and large offenses so that they do not draw an emotional response out of us in a way that feels, or becomes, out of control

So, instead of reacting in an emotional way or being drawn blindly into an irrational conflict when negative things happened, I learned to stop thinking in such personal terms and became thankful that God was using these situations as a way of helping me grow, learn or even help someone else experience new growth through the way I handled things

When I started approaching difficult people like this, it completely changed the way that I reacted in negative situations–the first step to gaining the wisdom necessary to do this was simple, I had to become humble and not act like everyone was doing things to me personally

Basically, I had to get over myself!

This Just In: People Do Awful Things

Seriously, let’s face it, people do awful, terrible, mind-blowing things that reflect either a complete lack of regard for others or character defining mean streaks

But, in almost every case, as hard as it is to believe, other people’s awful behavior isn’t a personal attack directed at us specifically, they are just things that the people would have done to others regardless, since whatever baggage that inspires them to do bad things existed before they met us anyways

Look at it this way, if someone is insecure, they will probably pick on people they are jealous of, but it doesn’t  mean that they were totally healthy and normal before they met the object of their jealousy and suddenly became overwhelmed with a new, darker personality

“What in the world…?

I have never felt this sense of anger, jealousy, and spitefulness before, is this because I just met this new attractive/smart/wealthy/successful person? You know what, despite all these new, negative feelings that feel terrible to entertain, I should probably start doing bad things to them because my life before this was completely perfect, and I was happy with myself before they came along”

No, the person probably had some long standing baggage that they had been carrying around already, and it only bubbled up in a particular instance that involved us–they didn’t meet us and then suddenly invent a negative side to their personality just so they could go out of their way to destroy us

Thinking that someone would do this is really egotistical and self-centered, but we think like this without even understanding that we do

Difficult People Bring Out The Best In Us, If We Let Them

People we might consider our enemies make us much better people than we think, because, through their behavior, they bring us to a place where we can either engage with similar negativity or, ideally, we can rise above their baggage and demonstrate noble character and godly wisdom

Without facing difficult, bitter, challenging people, how would we learn to have real compassion towards others if we never grow enough to be able to look past someone’s hurtful actions and see the things that hurt them to make them how they are, and understand who they really are without focusing solely on their bad behavior–we must learn to forgive and not readily condemn others because we are wronged or had our feelings hurt

Do not judge, or you too will be judged. For in the same way you judge others, you will be judged, and with the measure you use, it will be measured to you

But he who has been forgiven little loves little

So, if we have the right perspective, we can see enemies as our friends, as we can rely on the bitterness, difficulty, and emotional hardship they put into our lives as trusted, guaranteed opportunities [wounds] for growth, we just have to be humble and see them as such

Wounds from a friend can be trusted, but an enemy multiplies kisses

When looking at the people in our lives like this, through the wounds they give, our enemies can actually be our trusted friends as their actions can be relied on, while our friends can sometimes be the enemies who are most like us that don’t challenge us to any new places of wisdom, strength or godly character

Do animals have souls, I bet you didn’t know you will see them in heaven!
Hey lazy! God rewards and teaches us in the last mile, not the first