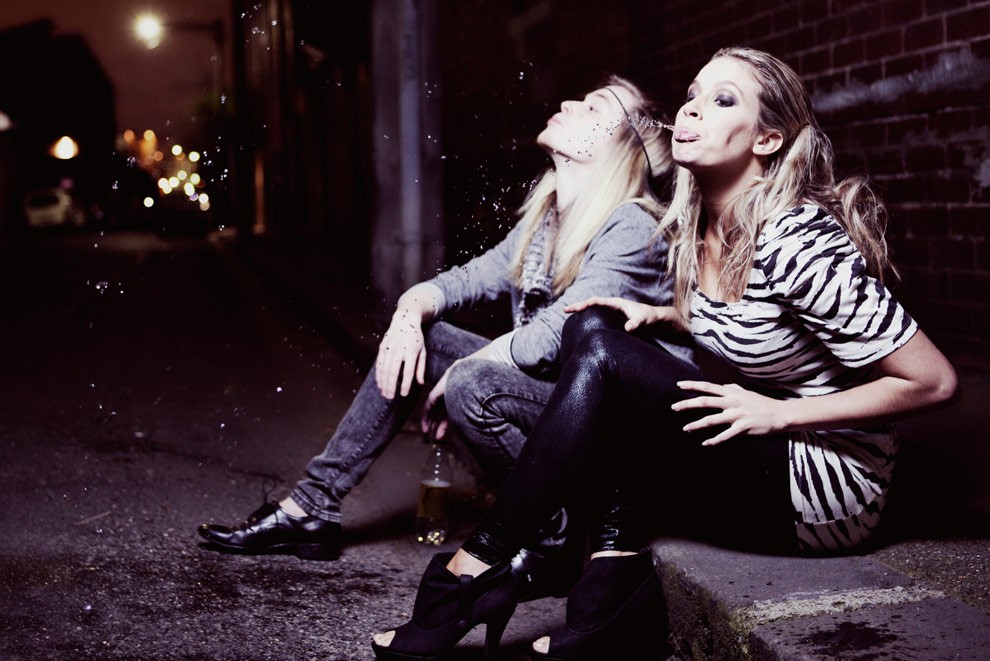 That May Have Been Bad For You, But *I* Am Different

Humans are funny in that we don’t often listen to advice, and rather than learn from the mistakes and wisdom of others, we usually prefer to see for ourselves and make our own decisions

As the world all around us is filled with distractions, some subtle and some not, we sometimes find ourselves in moral, intellectual, or spiritual places we did not expect or intend to be in, which often leave us totally lost and exhausted

This “discovery” process usually involves charging full speed ahead into disastrous situations despite warnings from the Bible and people around us, and this also tends to involve us ignoring even our own sense of better judgment as well

One of the most ironic things about the world is that no matter how much it wants you, or you want it, even in the heat of a moment, those desires often fade away faster than we can blink

What makes this so ironic, is how before we lost interest, those things may have been the entire focus of our life, and probably consumed our thoughts, before disappearing like it was nothing

We experience this all the time with jobs we really wanted, people we wanted to date, things we wanted to buy, etc…

I can think of a million things I chased after thinking they were either inviting or part of a lifestyle I thought I wanted, which made their achievement even more hollow once I got there, as my fantasy bubble got popped, and the only thing left was the reality of the truth that nothing outside of God is fulfilling

This was so clear when I chased after money, dug deep into drugs and partying, had numerous bad relationships, and generally ignored God for roughly six years of my life

No matter how inviting those things seemed at the time, in the end they all led to the same, boring, disenfranchised place–a life without God’s presence

A Lesson From The Smartest Person In The World

No, not me, thankfully

1 Kings 3:11-12
So God said to him, “Since you have asked for this and not for long life or wealth for yourself, nor have asked for the death of your enemies but for discernment in administering justice, I will do what you have asked. I will give you a wise and discerning heart, so that there will never have been anyone like you, nor will there ever be”

I am not sure if you have read Ecclesiastes (written by Solomon), but it is an emo journey into the world of philosophical darkness that is the world we live in

For perspective, Solomon was an incredibly rich, and powerful king who had been given tremendous wisdom from God, and as part of his journey, he went in search of finding fulfillment in everything the world had to offer to see if it had any value

Warning: This stunt was performed by a trained professional, do not try this at home!

Ecclesiastes 1:12-13
I, the Teacher, was king over Israel in Jerusalem. I devoted myself to study and to explore by wisdom all that is done under heaven

Ecclesiastes 2:1-3
I thought in my heart, “Come now, I will test you with pleasure to find out what is good.” But that also proved to be meaningless. “Laughter,” I said, “is foolish. And what does pleasure accomplish?” I tried cheering myself with wine, and embracing folly—my mind still guiding me with wisdom. I wanted to see what was worthwhile for men to do under heaven during the few days of their lives”

Ecclesiastes 2:4-8
I undertook great projects: I built houses for myself and planted vineyards. I made gardens and parks and planted all kinds of fruit trees in them. I made reservoirs to water groves of flourishing trees. I bought male and female slaves and had other slaves who were born in my house. I also owned more herds and flocks than anyone in Jerusalem before me. I amassed silver and gold for myself, and the treasure of kings and provinces

Ecclesiastes 2:8
I acquired men and women singers, and a harem as well—the delights of the heart of man

Ecclesiastes 2:10-12
I denied myself nothing my eyes desired; I refused my heart no pleasure. My heart took delight in all my work, and this was the reward for all my labor. Yet when I surveyed all that my hands had done
and what I had toiled to achieve, everything was meaningless, a chasing after the wind; nothing was gained under the sun

Solomon chased after everything known to mankind, ranging from joy, alcohol, material possessions, power, and even had a harem of women–he denied himself nothing, but in the end found it all completely meaningless, but why?

Ecclesiastes 2:12-16
Then I turned my thoughts to consider wisdom, and also madness and folly. What more can the king’s successor do than what has already been done?

I saw that wisdom is better than folly, just as light is better than darkness. The wise man has eyes in his head, while the fool walks in the darkness; but I came to realize that the same fate overtakes them both.

Not the most optimistic point of view, but his point was that since we all die and can’t take any of it with us, nothing on earth actually means anything, despite how much pleasure it brings or how highly it is valued in the eyes of the world

What Would Jesus Do

Jesus was very specific about how to live, as he openly stated that gaining everything in the world was pointless if it meant loving wealth, status, etc… more than God and making an idol out of it

Mark 8:36
What good is it for a man to gain the whole world, yet forfeit his soul

Luke 16:9
I tell you, use worldly wealth to gain friends for yourselves, so that when it is gone, you will be welcomed into eternal dwellings

So What Do We Really Learn From Chasing After The World?

Despite whatever journey of exploration we think we are on, running around to the point of exhaustion can only teach us one simple thing: what we were taught in the Bible was right, and living according to God’s wisdom and righteousness is the only way as it determines our eternity, not just our happiness in the moment

Regardless of how many experiences we have and the wisdom we learn from our mistakes, nothing can ever give us the time we spent back, and that is the only thing more precious than the wisdom we gain as God’s teachings and wisdom are always right in front of us, waiting for us to accept them, and waiting to teach us how to live in freedom and fulfillment, in perfect harmony with God, which is exactly what Solomon said when he finished his search for meaning so long ago

Ecclesiastes 7:12
Wisdom is a shelter as money is a shelter, but the advantage of knowledge is this: that wisdom preserves the life of its possessor

Ecclesiastes 12:13-14
Now all has been heard; here is the conclusion of the matter: Fear God and keep his commandments, for this is the whole duty of man. For God will bring every deed into judgment, including every hidden thing, whether it is good or evil

However, to be fair, since so many Christians consider obedience to God an option when faced with something tempting, the only thing worse than exhausting ourselves while chasing after the world is this: not coming to a breaking point, and being permanently ensnared to the point of death

Think about that one when reflecting on your life!

Proverbs 14:12
There is a way that seems right to a man, but in the end it leads to death

Learning from the spiritually mature is difficult, and requires more effort than we think
How not to pray: God, I will do anything you ask, but only if you bless me