Have you ever had one of those conversations about God with your friends, coworkers, family, etc… where they either zone out or you feel like the conversation just isn’t going anywhere

Write This One Down: What Not To Do

Okay, all jokes aside, as Christians our ability to share God with others is second in importance only to our personal relationship with God himself

Yes, it is more important than being popular, wearing cool clothes or even being able to sing our favorite songs on Sundays without sounding awful

Sometimes, talking about our relationship with God can seem tough but after spending a lot of time speaking to people in professional, personal, and spiritual situations, I have learned that it isn’t what we say, but how we say it that determines whether we successfully express ourselves or not

This means, when we say or do certain things in a conversation that turn people off, even if what we are saying is totally amazing and might make other Christians bounce up and down with joy, we have lost a battle in the war to bring someone new into the kingdom

What am I talking about?

Here are some examples of “What Not To Do”:

Our Lives Should Be Holy, Living Testimonies

This means we aren’t Sunday Christians who fake the funk the other six days of the week, but live in a way that is pleasing to God at all times

Nobody likes a hypocrite, and this is the single biggest thing that turns people away from Christianity–insincere Christians who claim to know God, but deny him in their lives through sin

Matthew 5:16
In the same way, let your light shine before others, that they may see your good deeds and glorify your Father in heaven

I mean honestly, who would want to join up with a group of insincere people who do not live what they preach?

There are enough insincere “religious” people in the world, shouldn’t we be better than everyone if we have found “the way”?

I usually jump right on the topic of hypocrites early when talking with people about God, and openly say that I feel most Christians do not walk the way they should and usually take God for granted

It is too easy to dismiss Christianity because of the individuals in it, so I focus on the fact that God doesn’t make himself look bad, Christians do!

Ephesians 5:17-19
Be very careful, then, how you live—not as unwise but as wise, making the most of every opportunity, because the days are evil. Therefore do not be foolish, but understand what the Lord’s will is. Do not get drunk on wine, which leads to debauchery. Instead, be filled with the Spirit, speaking to one another with psalms, hymns, and songs from the Spirit

Okay, sometimes you will just be a sweaty-handed doofus (I get nervous all the time!), but nobody likes it when someone nervously tries to sell them something, it is just creepy right?

“Like, why can’t this person just have a conversation rather than act weird?”

Being able to communicate in a calm, confident way is very important, so we should focus on our sense of enthusiasm and excitement that we are sharing the gift of life with others rather than on how nervous we are because we are afraid of the conversation not going well or because we are scared of saying something wrong

Knowing what to say in the heat of a moment is not something people just know how to do automatically, and it is important to be careful as one misstep could mean the end of the conversation

Trust me, even the best preachers and evangelists strikeout on converting people when “cold calling”, more so than they have success, that is just the way it is, but the seeds that are planted, or watered, can sometimes take root and flourish days, weeks, months or years later!

1 Corinthians 3:8
The one who plants and the one who waters have one purpose, and they will each be rewarded according to their own labor

The key is, trust God for understanding in how to speak to others, and learn as much scripture as you possibly can so that you can answer others with godly wisdom and complete confidence

But, always remember that you should speak to others about God in a way that is respectful, gentle, and, above all, guided by holy wisdom

1 Peter 3:13-16
Who is going to harm you if you are eager to do good? But even if you should suffer for what is right, you are blessed. “Do not fear what they fear; do not be frightened.” But in your hearts set apart Christ as Lord. Always be prepared to give an answer to everyone who asks you to give the reason for the hope that you have. But do this with gentleness and respect, keeping a clear conscience, so that those who speak maliciously against your good behavior in Christ may be ashamed of their slander 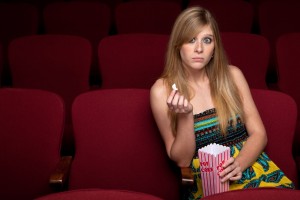 If we are false Christians, would we know it or be deceived 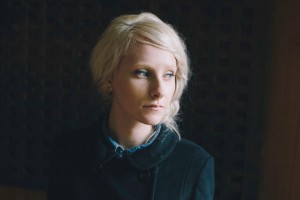 When was the last time we actually prayed for our enemies? Thought so!

“Yeah, well *you* stink!”: Responding to questions we can’t answer