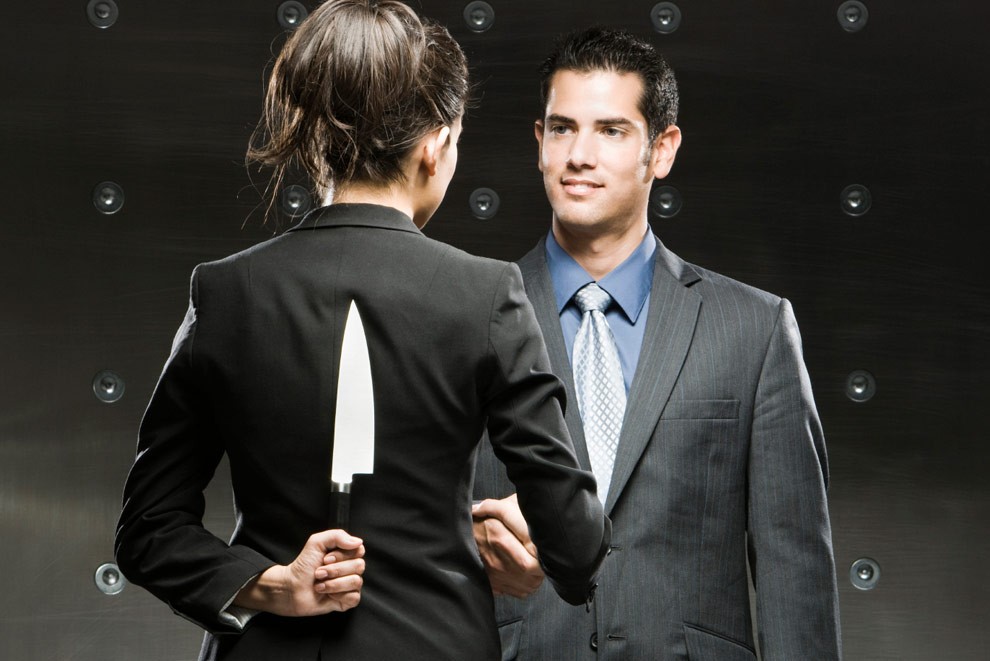 Understanding The Difference Between “Judging” And “Condemning”

Apart from the fact that all discussions about sin should be navigated with love, patience, and kindness, we must understand the difference between “judging” and “condemning” in order to effectively talk about sin with other Christians

Condemning = Forming a negative, usually self-righteous, opinion about someone because they do not measure up to Biblical standards

When we look at the definition of these two concepts, the difference seems totally obvious right?

As Christians, Jesus told us to judge ourselves and one another without being hypocritical ourselves. Paul and the Apostles gave these instructions as well. In particular, Paul demonstrated this teaching when addressing some particularly exaggerated sin in their congregation

However, it is important to keep in mind that at no point did they tell us to condemn anyone over sin–this is a very important point to lay hold of or we will miss the point of their message altogether

1 Corinthians 6:5
I say this to shame you. Is it possible that there is nobody among you wise enough to judge a dispute between believers?

1 Corinthians 11:31
But if we judged ourselves, we would not come under judgment

2 Corinthians 13:5
Examine yourselves to see whether you are in the faith; test yourselves. Do you not realize that Christ Jesus is in you—unless, of course, you fail the test?

Since being able to tell the difference from right and wrong is so important, why do people frequently think we should not “judge” sin in each other’s lives even though the Bible tells us to?

There Are Words, And Then There Are The Meanings Of The Words

Okay, so we covered the difference between “judge” and “condemn” pretty thoroughly, but how do we apply this when reading the Bible?

In most translations of the Bible, it is very common to see the English word “judge” used in place of the Greek words for both “judge” and “condemn”

It would be great to ask the translators of the Bible why they did this so often, but this type of oversimplification happened a lot when people converted the Bible from Hebrew and Greek into the various English translations we typically read now

For example, look at this scripture taken from the KJV

John 1:16
And of his fulness have all we received, and grace for grace

However, when we look in the Greek texts, this scripture means we exchanged a relationship with God that just revolved around having his favor, to one where his spirit dwells inside of us to reflect his supernatural righteousness in an outward way through our lives

Without a doubt, the real meaning is a much longer, more powerful statement than just “grace for grace”

Learning from this example, let’s apply it to when the Bible uses the word “judge” for both “judge” and “condemn”

(Note that Paul says to judge people inside the church, not outside of it, ie: non-Christians)

Matthew 7:1
Do not judge, or you too will be judged

Unless Jesus and Paul have conflicting information from God, the word “judge” obviously has two different meanings in these verses, as Paul is telling us to “objectively evaluate those within the church”, while Jesus is saying “do not condemn others or you will be condemned yourself”

Not Being Able To Judge Ourselves, And Others, Reflects A Lack Of Spiritual Maturity

I thought a lot about this, wrestled is more like it, and there is no way to sugar coat the fact that if we are not able to accurately discern whether people’s clearly sinful actions are in accordance with God’s righteousness or not, then we are spiritual toddlers

Hebrews 5:14
But solid food is for the mature, who by constant use have trained themselves to distinguish good from evil

1 Corinthians 3:1-2
Brothers, I could not address you as spiritual but as worldly—mere infants in Christ. I gave you milk, not solid food, for you were not yet ready for it. Indeed, you are still not ready

1 Peter 2:1-3
Therefore, rid yourselves of all malice and all deceit, hypocrisy, envy, and slander of every kind. Like newborn babies, crave pure spiritual milk, so that by it you may grow up in your salvation, now that you have tasted that the Lord is good

Romans 12:2
Do not conform any longer to the pattern of this world, but be transformed by the renewing of your mind. Then you will be able to test and approve what God’s will is—his good, pleasing and perfect will

The word “toddler” may seem harsh, as people often associate some type of negative connotation with it, but the reality is, if we truthfully have a faith that is in its early growth stages, getting upset about it is not going to help

I mean think about it, how can people who claim to have the very spirit of God’s Truth inside of them not be able to let go of obvious, continuous sins in their lives, or know whether someone’s behavior reflects God’s character or is in line with his will for us to be righteous?

In my experiences, we usually have good intentions when it comes to avoiding “condemning” others for sin because we do not want anyone to feel bad. But, other times it is more self-centered as we just do not like conflict or feeling uncomfortable talking about difficult subjects. However, when we act in these ways we completely miss the boat in regard to how we are instructed to “judge” ourselves and others for the purpose of holding one another accountable as we push towards spiritual maturity

Jesus and Paul gave very clear directions on how to deal with sin, and in some extreme cases, they both said to kick people who refuse to let go of their openly sinful lifestyles out of the church itself!

Matthew 18:15-17
If your brother sins against you,go and show him his fault, just between the two of you. If he listens to you, you have won your brother over. But if he will not listen, take one or two others along, so that ‘every matter may be established by the testimony of two or three witnesses.’If he refuses to listen to them, tell it to the church; and if he refuses to listen even to the church, treat him as you would a pagan or a tax collector

1 Corinthians 5:11-13
But now I am writing you that you must not associate with anyone who calls himself a brother but is sexually immoral or greedy, an idolater or a slanderer, a drunkard or a swindler. With such a man do not even eat

Also, notice that Paul says that we should “not even eat” with people who claim to be Christians but slander one another–think about that next time you hear any gossip and point people to this verse, and the verses, in the next section!

License To Judge Does Not Equate To A License To Condemn, But We Should Always Speak Truthfully To Each Other

It is very common for people to use the sins others, or even accusations of sin, as free license to slander one another–this shows a lack of spiritual maturity, and, more importantly, love

James 4:11
Brothers, do not slander one another. Anyone who speaks against his brother or judges him speaks against the law and judges it. When you judge the law, you are not keeping it, but sitting in judgment on it

Ephesians 4:25-27
Therefore each of you must put off falsehood and speak truthfully to his neighbor, for we are all members of one body. “In your anger do not sin”: Do not let the sun go down while you are still angry, and do not give the devil a foothold

It is important to note that Paul says “each of you must put off falsehood and speak truthfully to his neighbor”, as it means every Christian should not hold on to negative feelings, especially in relation to things that someone might have done to offend or hurt them–we must be bold enough to approach one another, with love and humility, as this requires action on our part!

The reality is, since we are of the same body, when we see someone struggling, we should be worried for their salvation, and want to see them be restored rather than sit in self-righteous condemnation, as in the process of condemning others, we are condemning ourselves at the same time

Matthew 18:31-32
Then the master called the servant in. ‘You wicked servant,’ he said, ‘I canceled all that debt of yours because you begged me to. Shouldn’t you have had mercy on your fellow servant just as I had on you?’

Notice how Paul said people did not even realize that “God’s kindness leads you toward repentance”, highlighting again that the spiritually immature do not even understand what leads them towards the very promise of salvation they cling to

Because the immature are not fully aware, we generally lack the gratitude for salvation and mercy that should lead us to be merciful and kind to others regarding their sins. It is this lack of gratitude for God’s love and mercy that leads us to condemn others and act self-righteous when we see others stumble or struggle

Luke 7:47
But he who has been forgiven little loves little

James 2:13
…because judgment without mercy will be shown to anyone who has not been merciful. Mercy triumphs over judgment!

Romans 3:23
…for all have sinned and fall short of the glory of God

“I have no husband,” she replied

Jesus said to her, “You are right when you say you have no husband. The fact is, you have had five husbands, and the man you now have is not your husband. What you have just said is quite true”

“Sir,” the woman said, “I can see that you are a prophet. Our fathers worshiped on this mountain, but you Jews claim that the place where we must worship is in Jerusalem”

This conversation is amazing, as Jesus factually points out that she is clearly living outside of God’s righteousness, and even goes on to say she worships a God she does not know, but he never condemns her in the process or speaks negatively

I hope this has helped establish the difference between judging and condemning!

Also, if you ever want to look anything up in the original Hebrew or Greek to seek deeper meaning, check out this free tool: http://www.blueletterbible.org/freeoffer.cfm

1 Corinthians 6:3
Do you not know that we will judge angels? How much more the things of this life!

What does it mean to be holy, and why does our salvation depend on it?
Do Christians worship a God they do not know?