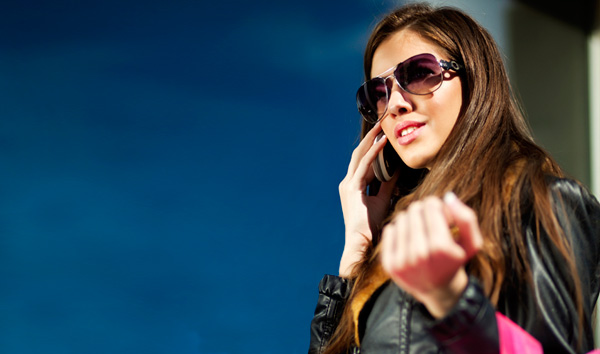 When we hear the word “idolatry”, we typically think of people worshiping weird statues or other gods, mainly because we know idolatry from when the Israelites worshiped a golden calf, and made sacrifices to other gods, etc…, but what does idolatry *really* mean, and why are so many of us guilty of it?

What Is The Typical Definition Of Idolatry?

Even though we want to dig deeper on the meaning, we all know how “classic” idolatry is commonly defined as worshiping other gods

As a point of reference, here is a good set of common “idols are bad!” scriptures, taken from the ten commandments and when the Israelites worshiped a golden calf they made themselves out of their own jewelry:

Exodus 20:3-5
You shall have no other gods before me. You shall not make for yourself an idol in the form of anything in heaven above or on the earth beneath or in the waters below. You shall not bow down to them or worship them

Exodus 32:1-6
When the people saw that Moses was so long in coming down from the mountain, they gathered around Aaron and said, “Come, make us gods who will go before us. As for this fellow Moses who brought us up out of Egypt, we don’t know what has happened to him”

Aaron answered them, “Take off the gold earrings that your wives, your sons and your daughters are wearing, and bring them to me”

So all the people took off their earrings and brought them to Aaron. He took what they handed him and made it into an idol cast in the shape of a calf, fashioning it with a tool. Then they said, “These are your gods, O Israel, who brought you up out of Egypt”

When Aaron saw this, he built an altar in front of the calf and announced, “Tomorrow there will be a festival to the LORD.” So the next day the people rose early and sacrificed burnt offerings and presented fellowship offerings. Afterward they sat down to eat and drink and got up to indulge in revelry

(/facepalm    Seriously? The Israelites got tired of waiting for Moses after being led out of Egypt with miracles, and food that fell out of the sky, but instead of slapping them upside the head, Aaron responded by building a gold calf out of their jewelry and called it the gods “who brought [them] up out of Egypt”    Really!?)

Since the most common definition of idolatry means worshiping other gods by praying to/serving/making sacrifices to/following/etc… them rather, or even at the same time as, the Living God, we can pretty much say this is not something we are actively tempted by

I mean honestly, I do not think many of us need to raise our hands and confess we are secretly, or openly, worshiping other gods as Christians

So idolatry must be dead in today’s Christian culture right?

What Is The Real Definition Of Idolatry

Even though outright worshiping a false god is something the enemy is not going to successfully attack Christians with today (I hope!), frighteningly enough, idol worship is much bigger, and sneakier, than that

In order to understand the game the enemy is playing with us around idolatry, we need to think of idol worship as a general concept, not as being a specific physical action of worshiping something

(The sound of me thinking)

For example, the enemy’s plan in getting the Israelites to worship a golden calf was not just to make them look stupid or to melt their gold, the plan was designed to separate them from God and prevent intimacy

They did this by giving the Israelites something tangible they could put their faith in that was not only powerless and “easy”, but, being gold and a standard of wealth, it was a measurement of status used by the world

(Regarding the “easy” part, remember how God killed the Israelites by the thousands just for complaining, so worshiping a gold idol probably seemed like a good idea to the people who did not want to obey God’s commands in the first place)

Another part of the plan, was to have the Israelites take for granted all the things God had done for them, as well as forget and ignore they were in his presence, even to the point where they throw a party to celebrate their new “god”–this is what the enemy wants to do with Christians today as well, separate us from God and rub his face in it!

However, rather than take on the impossible task of getting modern day Christians to put down their Bibles in favor of studying another religion’s textbook or praying to another god, the enemy has done a fantastic job of turning people away from God in much more subtle ways, but they still use the same tactics they did back in the days of “old time” idolatry

Idolatry is turning to anything other than God for: strength, purpose, courage, hope, escape, redemption or identity

By this definition, we can clearly see the enemy is not concerned with whether we worship false Gods, they want us to put our faith in, serve, and love the things of this world, which typically consists of things we can touch/taste/see/feel right now, rather than love and trust God with all of our heart, even though we may not see, or have, exactly what we want in a particular moment

…uh, wait, that applies to a lot then doesn’t it, not just golden calves!

(Underneath each point, I put some of the typical lies the enemy whispers to us as part of their attacks)

I know not all of those things apply to everyone, but we can see the exact same type of “worship and/or depend on an alternative to God” idolatry strategy the enemy is so successful with today, just like they were back in the OT with outright idols

Whether it is about material possessions, validation in the eyes of others, sexual sins, relationship issues, identity problems, etc… the enemy loves to prey on our insecurities and fears, then when we are weak, they offer crutches that involve putting our faith in the world rather than in God

We Can Laugh, But We Should Not

Even though the example of the golden calf seems outrageous and short-sighted, just think about the victory the enemy won when they got the nation of Israel, who were camped at the very mountain God was dwelling on top of in a cloud while talking with Moses, to turn aside and worship an idol made of gold

It sounds crazy doesn’t it?

But then think about the victory the enemy wins when they do the same thing by distracting and tempting us with the world in the same way, which then robs us of an intimate relationship with God, just like it did with the Israelites

And, sadly, we are not a bunch of people sitting at the bottom of a mountain with no personal relationship with God, we are those who have been given access to God’s own spirit on a personal level, and the opportunity for intimacy in a way the Israelites never even dreamed was possible–even the enemy could not have dreamed we would have such a thing, but they still rob us of intimacy on a daily basis by dangling the world in front of us as a pretty “alternative”

God Does Not Change With Culture, But The Enemy’s Tactics Do

One thing that people often say is: God does not change with culture

While this is true of God’s character and personality, we have to be mindful of how the tactics of the enemy do change over time, and they carefully, subtly, and sometimes boldly, present ideas that are just as evil now as they were originally

And keep in mind, not everything listed above is inherently bad (ie: food, money, etc…), but if we allow those things to become idols in our lives, we will be their servants and essentially slaves to pursuing them

So even though we are not running around building golden calves to worship and literally sacrifice our children in front of, it does not mean we are not doing the same thing emotionally, and spiritually, just in a more culturally acceptable context

I mean honestly, can you imagine standing in front of God and saying:

“God, you are not good enough for me in this area, and _______ fills that gap because it gives me strength and hope”

We would never say that to God’s face, but by our actions in our daily lives we do this all the time–scary thought!

What are some idols in your life you need to walk away from?

The Bible is just another book unless we actually do what it says
Can Christians lose their salvation?