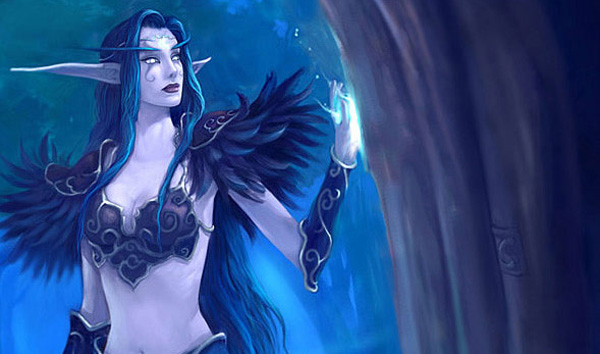 First off, and you'll understand how much I'm really saying if you read further, I'd like to say I'm sorry to all the people I've lost touch with because of video games.

First off, and you’ll understand how much I’m really saying if you read further, I’d like to say I’m sorry to all the people I’ve lost touch with because of video games,

To
my friends,
my significant others;
both

I’ve spent countless hours farming reputation in World of Warcraft for rewards that mean significant, and sometimes totally insignificant, upgrades for my character. Well, that’s just great, but how much time did I really invest? I made enormous RL (“Real Life”) sacrifices with my time to become powerful in a video game.

At the worst of times, I made enormous RL sacrifices only to be moderately, and sometimes totally unpowerful in video games.

A friend of mine said that if he had invested the same amount of time in something else as much as he focused on video games, he would be the very best at whatever it was. To be fair, this individual is probably one of the smartest people I’ve ever met, and he just happened to like playing games a lot.

I’ve taken vacations to play video games. Yeah, I did it for a year and a half. It was the most interesting vacation of my life. I dropped out of life and got to know people in the gaming community. It was amazing to play with some of the world’s best players because I could invest the time to get as good as I was. Teams were called “guilds”, and our guild was often number one in the world, and was consistently within the top 5 at all times.

One of the proudest moments of my life was being welcomed into, get ready…

Joining the Thundercats meant my character could wear their hallmark cape. It was black with gold trim, and as soon as I put it on I felt a rush of happiness that I can’t say I’ve had many things in my life rival. That cape meant I was deemed worthy to play amongst the best players in the world. I was a hero to many, and all my friends were happy for me.

I did however, leave almost every single friend I had made in that game behind in a guild that I had formed. It wasn’t my proudest moment, but they all understood and wanted me to go.

But, if I spent this much time helping others, writing (how ironic!), furthering my career, building up a relationship with God, I would have a much richer life, both in the present and future.

It’s amazing how many people enjoy video games as a form of entertainment and escape. I’ve seen this be just as bad as drugs in terms of their impact on health, mind, jobs, and relationships. For me, video games have been worse than any vice in my life as they are something I’ve never been able to truly let go of.

I finally figured out why she didn’t love me anymore
Should we hide things we’ve overcome?