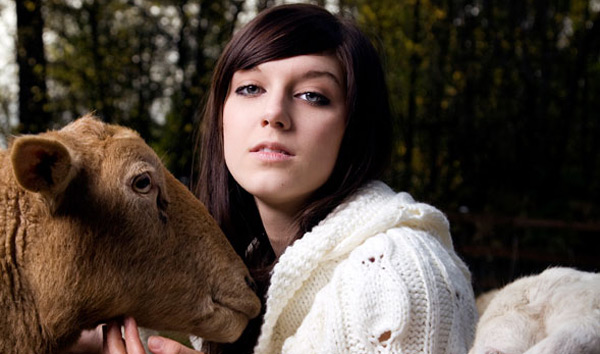 Have you ever had one of those moments where you feel like a voice inside you is guiding you towards a course of action, or you just feel compelled to do something that seems either irrational or unexplainable, but it doesn't feel wrong in any way?

Have you ever had one of those moments where you feel like a voice inside you is guiding you towards a course of action, or you just feel compelled to do something that seems either irrational or unexplainable, but it doesn’t feel wrong in any way?

Maybe the voice or feeling guided you to give a sandwich to a homeless person, say hi to someone who looked particularly down, switch jobs, break off an engagement, “randomly” call a friend to see how they are doing or any other type of action that didn’t have an explanation at the time.

Now, before I start out an article that sounds like another wishy-washy, boring rant about how “we should always listen to God’s voice”, I want to say that the greatest challenge in a Christian’s life is to recognize, and obey God’s voice when He speaks–most Christians couldn’t recognize God’s voice from the rumble of their own stomach, let alone do what He says!

Now sure, when you ask most Christians they might say that God speaks to them “in ways” but doesn’t speak directly like He does in the Bible or to other people.

If you are a living, breathing Christian with the spirit of the living God inside you, then how can you not expect, and anticipate, that God would speak to you on a personal level?

Did God send his spirit to dwell within our hearts so He could live a quiet, unbothered life, filled with games of solitaire, parcheesi, and Bejeweled?

I am pretty sure God wants to have a personal relationship with us, and wants to do so intensely.

James 4:5
…the Spirit he caused to dwell in us longs jealously

After many years of soul-searching, and brick walls I have plowed face first into, I realized that there are many times when I have heard God’s voice or felt His direction but flat-out ignored it, denied that I heard or felt it, or heard the guidance but then just flat-out disobeyed.

As you can imagine, these situations always worked out great for me!

God could yell at us in ways that would make us pee our pants, but He doesn’t, there is no value in getting people’s attention like this all the time, and it is contrary to how he spoke to even the prophets.

Exodus 3:1-4
Now Moses was tending the flock of Jethro his father-in-law, the priest of Midian, and he led the flock to the far side of the wilderness and came to Horeb, the mountain of God. There the angel of the LORD appeared to him in flames of fire from within a bush. Moses saw that though the bush was on fire it did not burn up. So Moses thought, “I will go over and see this strange sight—why the bush does not burn up. ”When the LORD saw that he had gone over to look, God called to him from within the bush, “Moses! Moses!”

In this example it is important to note that God chose to present something fairly eye-catching, but also gave Moses the choice to either ignore it in favor of tending his flock or walk over and see what the burning bush was all about.

I think most people would go over and see what a random, flaming shrubbery is doing in the middle of a mountain, but not when it means leaving behind a flock of sheep that are likely to run around and start scattering because they don’t have a shepherd.

Does this sound like a familiar story in our every day lives, we don’t turn aside and don’t interact with God because we are too busy doing something else. In Moses’ case it was work, but in a lot of cases now, it is usually something much less interesting like Lost, CoD4, Hulu or something else that is just sooo important that it can’t wait.

Why do we make God wait all the time for us, but expect instant answers and help when we ask for it?

Pretty awesome friends we are sometimes!

Anyways, the easiest way that I can describe what it is like to hear God’s voice is that sometimes it feels like a thought or voice, smaller than our own, that speaks gently to our hearts and minds.

So, if by nature, we hear something amongst the chaos of our daily thoughts that is smaller than our own voice, or the voices that speak to us, then it is a good way to recognize it when it speaks.

Imagine you are at a race track with your friend when a lot of cars are zooming by, and you hear someone faintly calling your name beside you. They may be yelling as loud as they can, but they are barely audible above the noise of the cars–but you can still hear them.

So the next time you feel a quiet voice, a subtle inspiration or any other feeling, thought or inclination that spurns you to do something positive without rational explanation, turn aside and see what happens!