I work extremely hard.   Anyone who knows me well, probably knows what it feels like to have me cancel appointments or have our plans change unexpectedly at a moment's notice due to my work schedule. 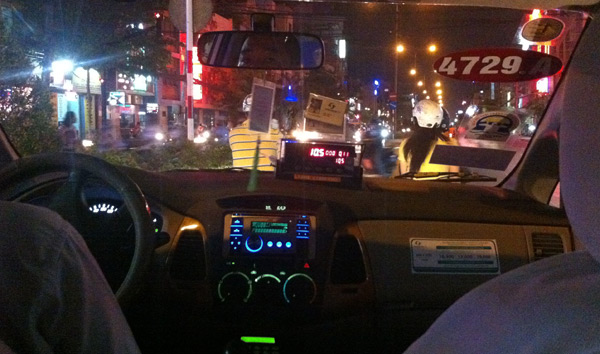 Anyone who knows me well, probably knows what it feels like to have me cancel appointments or have our plans change unexpectedly at a moment’s notice due to my work schedule.

I have had the same “at all costs” attitude since I was young, but it didn’t get applied to work until the last three or four years.

There were always things that I would work hard at in life, but I never really made work my primary focus. Instead, I chose theology, fitness, video games, and playing music.

Work was always something that I just did to get by.

However, as I begun to focus more on work, I noticed that I did not focus on other things as much.

I exchanged playing piano, video games, and studying theology until 3am on weeknights for an insane work schedule that kept me just as busy, and even more mentally occupied.

The lifestyle switch was significant, as I let go of a variety of things from my former life in the process.

In fact, I quit smoking pot once I got a really good job because I realized that it kept me from being as smart as I possibly could be, and it was affecting my job performance. I made this decision one day when I saw myself thinking slower than I should have, and I told myself:

Ever since then, I have accomplished some amazing things professionally, and am at a place in life where I sacrifice almost everything to succeed.

This is to my detriment though, and, very often, to the detriment of those around me.

Because of my work schedule, I break personal plans all of the time, and have resigned to not making them anymore in a lot of cases.

At this point, I barely consider life to be my own, as I am fully dedicated to my job, and the people I am responsible for, and held responsible to.

Okay, but so what right? I am telling the story of just another workaholic doing their thing.

Well, the reality is, the exchange I made was not just letting go of pot and video games, I have gotten out of touch with God too.

All the money in the world doesn’t fill me with happiness, nor do the 9am – 5am work days to get it. Even though I enjoy the success I have been given, it doesn’t outweigh what I lost in the process; my relationship with God should not be affected by anything going on around me.

One of my biggest “work in progress” life lessons has been to learn how to balance the numerous things in my life without becoming too extreme in any one area.

My life has fallen apart at different times because of overly obsessive behavior over things that didn’t keep me happy for long, but the only thing that has ever remained consistently fulfilling was my relationship with God.

We all know the story of the prodigal son, who squandered his inheritance partying and then came back to his father, who wasn’t just happy to see him, but was actively watching and waiting for his return. The father was so happy when he saw his son coming from a distance, that not only did he run to meet him, but it says he lifted his garments and sprinted, something that was socially unacceptable for an elder to do.

Also, David danced in his undergarments before God, which contradicted what society’s view of how a king should act.

God values actions like these because it shows that we have no regard for what other people think, and that we are free to worship him in any way with total freedom and without shame—just as Jesus stepped down from the throne and suffered massive humiliation and torment on our behalf, not caring about the mockery he would receive from the forces of darkness in the process. The Bible says he scorned the shame of this, meaning he just didn’t care what was going to be said about it.

It is amazing how disciplined we can be when it comes to pleasing ourselves and others, but God, despite all he has done and wants to give us, somehow manages find himself in the backseat of our lives unless we get in an accident or need gas money.

We are regimented enough to go to the gym regularly, never leave the house without makeup, and always watch our favorite shows, but can get pretty sloppy when it comes to staying consistent with God.

However, the good news is that once you start getting close to God a hunger like nothing else is ignited within our souls to know him more—there is simply nothing like it.

In the process of seeking God, if I miss a few social engagements or spend time doing things that people think make me a hermit, then I know I am doing something right!

I love her smile, and the fact that she is not a spaz
Feelings, nothing more than… feelings