Since I have been in Saigon, I have constantly enjoyed eating at weird random places, whether they be on the side of the road, filthy but "real" markets or just random local restaurants that would make any health inspector lose their mind   In the midst of these local feasts, the food is always amazing, because if it wasn't good, the locals wouldn't touch it, but it can come at a price... 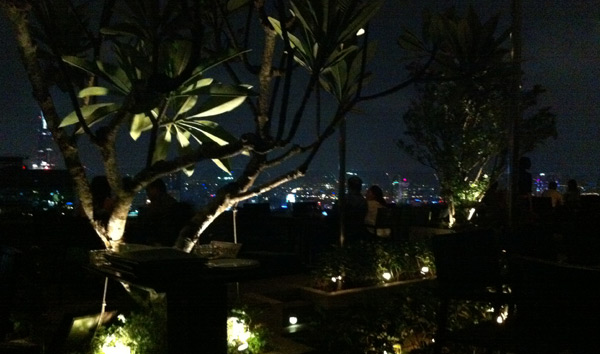 I just had seven hours of sleep and it felt awesome!

Now, at 3am, I am contemplating going out on my motorbike to run around the city and doing some sightseeing, although some of my friends said that robbers are typically out at this hour

Anyways, since I have been in Saigon, I have constantly enjoyed eating at weird random places, whether they be on the side of the road, filthy but “real” markets or just random local restaurants that would make any health inspector lose their mind

In the midst of these local feasts, the food is always amazing, because if it wasn’t good, the locals wouldn’t touch it, but it can come at a price…

Is That Really A Good Idea?

On some occasions, I have gotten fairly ill from the food that I have eaten at local places, which is no surprise since their standards for hygiene lead to the food having a lot of local bacteria “flavor”

On the phone just now, my friend just said I should *not* eat something dodgy and just get room service, mainly because if I get sick, it means that our project’s final week of development could get very wobbly due to me being incapacitated

I sighed, because he is right, as the last time I ate at a local place I had a vicious fever for a couple of days

Hotel food it is then, but at least I got pho

One of my best friends has been on the lookout for a solid, stable relationship for a long time, but he typically finds himself in bed with women he barely knows, and usually never sees again

His line of thinking, is that while he is waiting for the main course, he is happy enjoying “muffins” along the way so he is not totally bored and sexually frustrated

I get where he is coming from, and I love this man like a brother, but I know that this lifestyle has not led him to a life of happiness and fulfillment, nor does it lead anyone down a road of true fulfillment, it just passes time

Not even that far down, he is looking for a life of philosophical, emotional, intellectual, and physical challenge, which is something he has openly said he does not feel that he can get from one person

A disenfranchised point of view, but he has been hurt and disappointed a lot in his past

There Is Still Good In Him, I Can Feel It

Some times people look at my friend as though he is Darth Vader or the evil Emperor because, by many standards, he is a hardcore, over the top guy who tramples over anyone who gets in his way professionally, and in a lot of personal contexts as well

But, despite all that, he is one of the most thoughtful, caring people I have ever met and I value his friendship above many things in life

Brothers From Another Mother, But The Same Father

My friend is Jewish though he has rejected the faith and all “religions” as being totally stupid, so you can imagine we have quite a high volume of conversations around Christianity, Judaism, etc…

These are all great discussions, and he knows more about the Bible than most Christians I have talked to since he studied intensely for years as a child and teenager

He acknowledges that there is “something” out there, but he does not believe that Judaism, or any religion, knows exactly what that “something” is

In the midst of Muffin Mania, my friend met, and got into a relationship with, someone that he cares for very much. Even though there is definitely something real between them, the relationship is very unhealthy and they fight a lot

He has gone through so much pain and anguish over the relationship and, even though it tasted just as good as roadside food at first, he is now parked on the toilet with the emotional “trots”

They are genuinely trying to work things out, but they have a lot of emotional baggage which makes it tough, and they both have walls up, so being vulnerable is not easy, even though that is what they want the most from each other

Seriously, when I saw them together it was obvious that they are crazy about each other, and it was quite sweet to watch, but they both hold back in ways that must drive them crazy!

Please pray for my friend and his girlfriend, whose names I will not mention for the sake of anonymity

Distractions: What Not To Do

As we go through life, it is easy to find distractions that keep us from our greater goals, ie: TV gets in the way of going to the gym, snacking on junk food gets in the way of eating a healthy meal, dating people because they are “there” separates us from having meaningful relationships, etc…

In order to avoid this, we need to know what we are looking for and what will make us happy

From there, it is just a matter of making our minds up to not settle for anything less or get emotionally involved anywhere that slows us down as we move towards our goals

Also, I am going on a motorbike ride now, hoping I don’t get robbed!

Day 1: The start of a seven day water fast
Everything is chaos, except at home