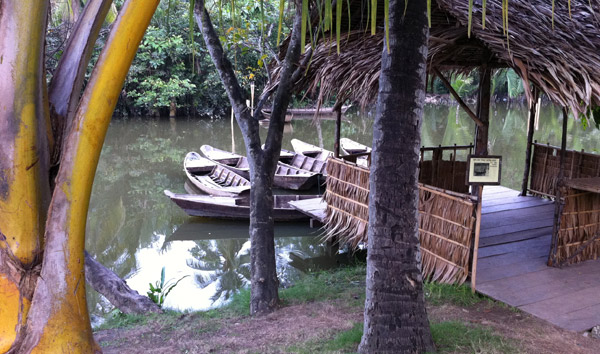 Today our project team has been experiencing some extreme heat as we are just a few days away from the biggest launch in our company's ten year history   Pressure is high, but I feel fantastic, better than I would if I had been eating for sure, but the pressure is definitely getting to some people

Pressure is high, but I feel fantastic, better than I would if I had been eating for sure, but the intensity is definitely getting to some people

Is That Really Okay?

Some of the people that I work with are French

This isn’t bad, although they have a very specific way of being direct and to the point when it comes business that can feel abrasive if someone isn’t used to it, but it isn’t meant to be

From what I have learned, the French go from zero to sixty emotionally all the time and it is quite normal to raise voices, get animated, and even rage a little bit, but then go back to “normal” just as quickly

After living in a North American world of Corporate Daycare, this was not easy to get used to at first

It Is Okay To Call Me Stupid, But You Better Be Smart

This is without a doubt one of my favorite sayings as it clearly states:

“Point out that I am wrong in whatever way you feel like, but you better be right”

With that said, I have been told that I “profoundly don’t understand” by a certain French co-worker more times than I can count, and, for a while, it drove me nuts to be indirectly called stupid all the time, but now I push back when it is appropriate or just accept what is being said and not take it as an insult, just a communication style

However, not everyone is responsive to feedback like this

Oops, I Didn’t Mean To Stab You

When Amy was visiting in Vietnam a few weeks ago, we were doing some brainstorming on a personal project we were working on, and, without thinking, I treated her like I would have treated some of my French co-workers

Whoa, not the right vibe dude…

In War, When People Break The Line, You Shoot Them

We had a very intense meeting today when a Project Manager, who is supposed to be taking notes on everything, wasn’t paying attention at all

Our Production Director chastised him and asked why he was even there if he wasn’t going to pay attention. The PM off looked stunned and didn’t say anything as it was obvious he was in the wrong since he had no idea how to answer any questions that were being asked of him

Rather than start paying attention, he did it again, which led both the Production Director and I to speak to him rather forcefully as he had no idea what was happening with his project

After the meeting, the PM said that “he was tired” and, without permission, went home

I guess he didn’t like being called out, so he threw a tantrum and abandoned his team despite everyone killing themselves to make the delivery date which is just a few days away

If we were in combat, he would have been shot for breaking the line as behavior like that typically spooks other people into doing irrational things, and it shows a total lack of respect for the well being of others

Let’s be real, as Christians, we are in a war against unrighteous behavior

And despite the seriousness of the choices and consequences that face us every day, we don’t always understand what happens when we break the line and do things that could cause other people to be jeopardized because of our actions

Things like this lead others, including ourselves, astray by portraying Christianity in a way that causes it to look hypocritical, and shows that we are no different than we were before becoming Christians

We are supposed to be truly changed from within, not living our old lives with the notion that anything we do can be forgiven all thanks to the doormat known as Jesus

So, when you are facing the stress of temptation and sin, don’t break the line when the bullets are flying, because the reality is, if you aren’t part of the solution, you are part of the problem and you will get fragged on judgment day

Revelation 21:7-8
Those who are victorious will inherit all this, and I will be their God and they will be my children. But the cowardly, the unbelieving, the vile, the murderers, the sexually immoral, those who practice magic arts, the idolaters and all liars—they will be consigned to the fiery lake of burning sulfur. This is the second death

Day 6: Know when to walk away, and when to run
Day 4: Who needs food, honestly…