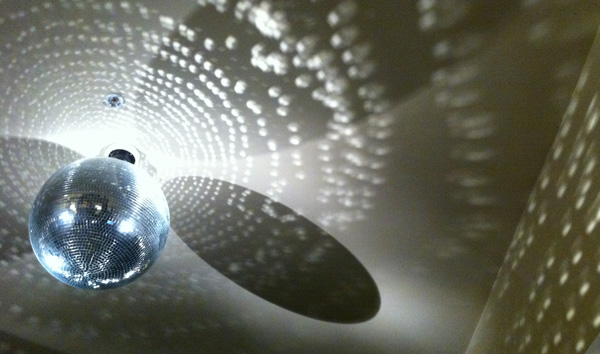 Forgiveness is a tough thing sometimes

Letting go of when/how people have done things in the past to hurt, offend or anger us is not the easiest thing to do, but it always feels good to let go of the negative emotions that are inspired by the desire to protect ourselves

But really, letting go of how someone hurt us is not a simple thing some times, but it helps to remember that unforgiveness is a natural reaction to experiencing something negative

Our reaction is like how when we burn our hand on a stove, eat something disgusting, or watch a tv show we didn’t like: our minds often remind us that something was bad, so the next time we come close to whatever it was that caused us pain or discomfort, we avoid it or at least think twice

However, since it is easy to avoid burning our hand or watching bad tv, we have to use a different set of emotional and intellectual tools to forgive someone, ie: the reason we can readily start using a stove without fear again is because we know how to avoid getting burnt, but when someone hurts us, there is no way to know for sure that they won’t do it again

Unless we willingly choose to overcome our fear of being hurt again, we won’t ever be able to forgive someone

As funny as it is when an ostrich puts its head in the sand when it wants to “avoid” trouble, our reactions to being hurt are very similar sometimes

For example, look how often people try to “avoid” those who have hurt them

They dodge them in the hallway, delete their emails without reading them, stalk them quietly in the dark at 2am on Facebook to see what they are saying, act pleasant when they interact with them in public and act like nothing is wrong, etc…

But, the last thing they will do is try to have a personal encounter to deal with any negativity that exists

For a lot of people, it easier to just ignore problems as the steps to solving them usually involve things they don’t want to do, ie: stating their issues and standing up for themselves, possibly at great cost or at the risk of being hurt more

So, they push their emotions and feelings away, then stick their tail feathers in the air and act like nothing is wrong, meanwhile silently aching inside to have the feelings of unhappiness go away

Unforgiveness Is Like Drinking Poison And Expecting Someone Else To Die

When we don’t let go of things, and hold onto the bitterness that keeps us in a protected state of mind, it is just like drinking poison or jumping off of a building an expecting someone else to get hurt as we carry the pain and anger towards someone else inside of us, but it does nothing to affect them in any way

The Difference Between Forgiveness And Re-Instatement Are Huge

One thing that is often misunderstood, is the difference between forgiveness and re-instatement

Forgiveness is actually pretty easy, as it involves letting go of the negative feelings associated with someone or a bad situation, ie: anger, bitterness, jealousy, etc…

But re-instatement is much harder, as it involves letting someone, or something, back into the same place they occupied before they hurt us

The first few times they do this we are likely to get upset, but eventually, we will most likely stop giving them money because they we will lose faith we will see our money again

At some point, the friend might apologize and really mean it, which might bring us to a place where we aren’t mad any more, but it doesn’t mean we start handing them money again, it just means we have patched things up to the point where the friendship can continue, but with boundaries and “rules of engagement”, ie: no loans!

But, it may be that the damage to the friendship was great enough to where, even though there is no anger any more, we decide it is best that we don’t want to be around them because we don’t like the lifestyle they lead as they borrow money from everyone around them, without any intention to pay it back

In either case, the result is the same, ie: we forgive them, but also willingly distance ourselves from our friend’s requests for money either gently or drastically, which means no re-instatement!

Knowing When To Forgive And When To Re-Instate

The easiest way to know when we should forgive and/or re-instate is to follow this simple rule: always forgive, no matter what, but make sure you re-instate only when you are prepared to be hurt again\

Jesus was very specific in saying that if we forgive others, God will forgive us for our sins as well

He spoke directly about this, and also gave the parable of the man who owed millions of dollars and had his debt forgiven, only to then turn and torment the man who owed him pennies–not very appreciative!

Matthew 6:14
For if you forgive men when they sin against you, your heavenly Father will also forgive you

Matthew 18:21-35
Then Peter came to Jesus and asked, “Lord, how many times shall I forgive my brother when he sins against me? Up to seven times?”

Jesus answered, “I tell you, not seven times, but seventy-seven times.

“Therefore, the kingdom of heaven is like a king who wanted to settle accounts with his servants. As he began the settlement, a man who owed him ten thousand talents was brought to him. Since he was not able to pay, the master ordered that he and his wife and his children and all that he had be sold to repay the debt.

“The servant fell on his knees before him. ‘Be patient with me,’ he begged, ‘and I will pay back everything.’ The servant’s master took pity on him, canceled the debt and let him go.

“But when that servant went out, he found one of his fellow servants who owed him a hundred denarii. He grabbed him and began to choke him. ‘Pay back what you owe me!’ he demanded.

“His fellow servant fell to his knees and begged him, ‘Be patient with me, and I will pay you back.’

“But he refused. Instead, he went off and had the man thrown into prison until he could pay the debt. When the other servants saw what had happened, they were greatly distressed and went and told their master everything that had happened.

“Then the master called the servant in. ‘You wicked servant,’ he said, ‘I canceled all that debt of yours because you begged me to. Shouldn’t you have had mercy on your fellow servant just as I had on you?’ In anger his master turned him over to the jailers to be tortured, until he should pay back all he owed.

“This is how my heavenly Father will treat each of you unless you forgive your brother from your heart.”

I don’t think our instructions to forgive can get any clearer, but re-instatement is a different story–use wisdom and sound judgment!

Proverbs 8:14 (Wisdom’s Call)
Counsel and sound judgment are mine; I have understanding and power

But What About When People Go Out Of Their Way To Constantly Attack Us?

I will cover that in the next article!

My whirlwind trip to NY, Baltimore, and back to LA in 24h
God must look forward to finally “firing” those who oppose him in heaven