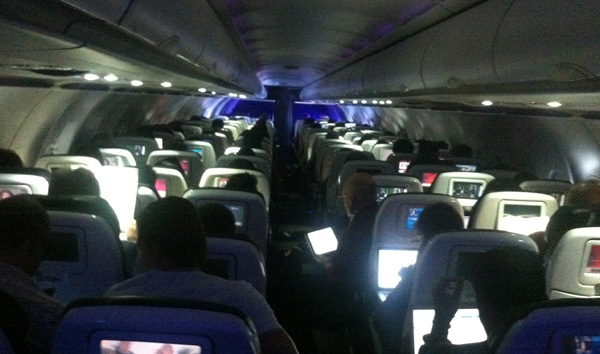 I am sitting in the airplane on the way home from NY, it was cold and rainy yesterday but it is gorgeous and cold today. The business development meetings we took here were quite good, though it feels weird to finally be waving goodbye to NXTM after working so hard for the past year and a half. Even though we are no longer working with one of the most unhealthy, poorly managed companies of all time, I will miss the friendships that were forged during that crazy time of life.

Despite all the negativity some of the individuals that worked at NXTM displayed, one of the things that God taught me there was patience and forgiveness

I can say that I have never been in a more unprofessional, personally negative business environment in my life, as a lot of people felt threatened by my role, and the role that my company’s CEO played even though we were not official employees

They lied to us, back-stabbed us at every turn, tried to get us fired, and did everything possible to make us look bad, whether it was valid or not

This level of negative behavior was not something I am used to working in, as it was the most exaggerated case of unprofessional, outright aggressive conflict I have experience in my entire career

Not to say that I was always the best, as I know I did not respond to every situation as best as I could have, but I really fought to hold my tongue and I can proudly say that I never lied, embellished the truth or went out of my way to say anything bad about the people around me, I usually just got in fights directly with the people I had issues with, which I feel better standing behind (a little bit anyways!), rather than taking cowardly swipes at people when they are unable to defend themselves because they simply are not around

Back to the point of people feeling insecure about themselves or afraid for some reason, when people feel insecure or afraid, they often think nothing of doing the ugliest, most negative, personally directed things, which I can only see as being the result of the ugliness inside of them that is causing their fear in the first place

For example, the CEO of one of the companies NXTM worked with had been pushing to have his company be acquired by NXTM because he ran his own business for five years but had failed to make any money, personally owed $1m against a venture capitalist loan from previous years to his business, and had no client list worth mentioning that showed any amount of promise

Rather than call it a day, he fought extremely hard to have his company be purchased by NXTM even though they had a track record of failure, were very poor managers, and in the process of achieving his self-centered desires, continuously fed the fires of political and personal strife by lying, and created melodrama within NXTM and with its board–mostly by slandering us, and anyone that looked like a better fit to help NXTM

The thing that drove me crazy, is that the people who were at the heart of all the drama, were the most two-faced, false, deceitful people I had ever worked with in my life, the leader of whom, I just found out today is actually a Christian and takes his family to church every Sunday and lives like a “good” person in the eyes of the people around him

Sadly, when I heard this yesterday, after enduring a year of garbage at their hands, I was heartbroken

James 3:16
For where you have envy and selfish ambition, there you find disorder and every evil practice

I sincerely hope that the people who went through this time with me come out of it unchanged, and unharmed, and I sincerely pray for those who do such things, it is like living in hell on earth–with even worse things waiting for them in eternity

Are we returning a good crop according to Jesus?
New churches can be… weird